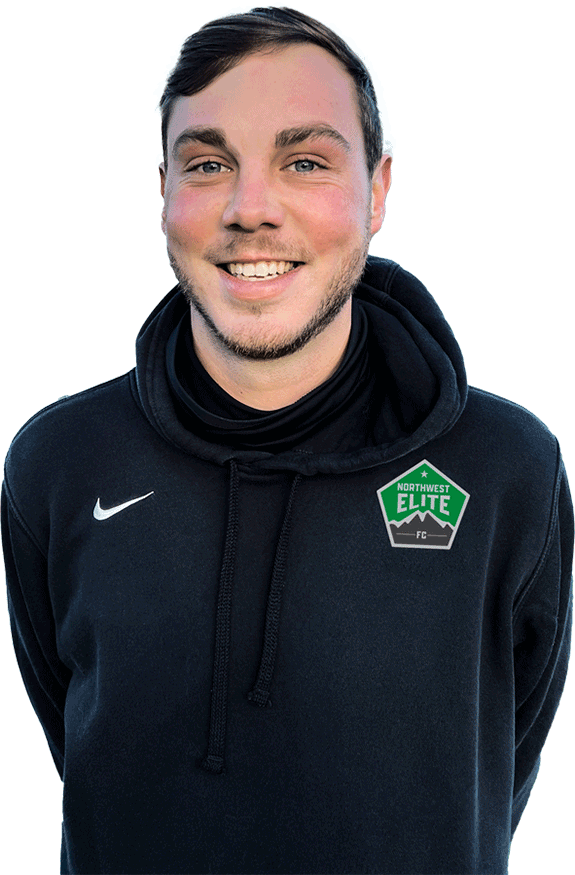 ALEC INGRAHAM
DIRECTOR
DEVELOPMENT ACADEMY
FUTURE STARS
Alec Ingraham is the Director of NW ELITE FC’s Development Academy and Future Stars programs. He also is the head coach of several Northwest Elite FC Competitive teams.
Alec grew up playing competitive soccer for LOSC/Crossfire. At Lakeridge High School, he was a 4-year varsity player. He was recruited to play for San Diego State University, but, unfortunately, injuries prohibited him from doing so. However, that is what led Alec to becoming a soccer coach – something that he enjoys even more than playing! He finds great joy in coaching and working with young kids and developing soccer players. Alec began coaching as a Junior in high school, where he helped coach and direct a program for children with Down Syndrome called “Challengers.” After high school, in 2012/2013, he began coaching for Southside Soccer Club – now Albion Portland. He was the Girls Competitive Coordinator and their Player Development Program Director before becoming a part of the coaching staff at THUSC, now NW ELITE FC in 2019.

Alec coaches because he loves working with kids and doing everything he can to be a positive influence in the lives of each and every one of his players. If you ever have the chance to watch Alec coach, you will see him teaching and developing soccer skills all while having fun and building affirming relationships with the kids he coaches. The best part of coaching, for Alec, is watching “his kiddos” grow and develop into successful soccer players and great human beings!

Alec is also a student of the game and always finding ways to educate himself. He is working on his United States Soccer Federation Licenses as he continues to learn new coaching methodology for the youth. Alec will be securing his USSF C License in the near future.

When Alec is not coaching, you will probably find him watching soccer or any other sport he can find to watch! Go Blazers! He also loves spending time with his dog, Kona, and making as much time as he can for his family and friends.
IN THE NEWSRESOURCESDOWNLOADS
FOLLOW US